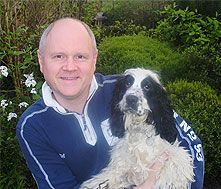 David Southey
BSc (Hons) Animal Nutrition & Physiology
David is a graduate animal nutritionist of Leeds University in England, and after graduating he spent 2 years advising on nutritional issues on farms and in zoos around the UK. He began working in the pet food sector in 1992 with the vitamin manufacturer BASF, where he was their European Pet Specialist, which involved the formulation of vitamin premixes and customers’ wet & dry recipes. His key achievement here was the conception, design, and development of a new premix facility dedicated to pet food. His following appointment was as the Nutritional Sales Director for the UK’s largest private-label pet food manufacturers, Golden Acres Ltd. Here David established and developed their sales and customer service departments, and assisted the company in their growth into the super premium dry food market, with sales in excess of €30m. David established his own consultancy business in 2007, which now employs 3 full time staff working on production and product development projects for over 80 clients in 18 countries around the world. He is also past Chairman of the Additives Committee for the UK Pet Food Manufacturers Association, and now lives in the North of England with his wife Fiona, 2 young sons & assorted pets. 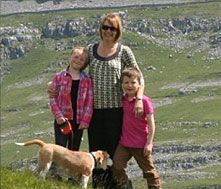 Jeanette Quainton
MMedSc – Nutrition
Jeanette graduated from Sheffield University (UK) with a Master in Medical Science in Human Nutrition, having previously gained a BSc (Hons) at Huddersfield University. After graduating Jeanette entered the human food manufacturing sector as a food technologist for the Co-Operative supermarket group, based in Manchester. Here she was responsible for developing new and innovative products. In 1999 she moved across to the pet food sector to join the dry food producer Wafcol as their nutritionist, where she was responsible for formulating recipes, responding to customer queries, and implementing HACCP in the factory. She was also instrumental in Wafcol becoming one of the first UK pet food factories to gain Organic accreditation. After 3 years there Jeanette was invited to join Golden Acres Ltd, who are one of the UK’s largest private-label, dry pet food manufacturers. Here Jeanette continued to provide customer support and recipe formulation, and further developed her knowledge of the production process. In 2009 Jeanette joined SCL, where she provides legislative advice, packaging development, recipe formulation, ingredient sourcing, and nutritional support to customers around the globe. Originally from Carlisle, she is currently located in the North of England, and is married with 2 young children plus various pets, and her beloved allotment! 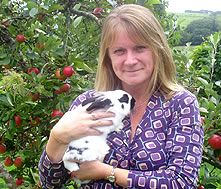 Fiona Southey
BSc (Hons) – Agricultural Zoology
Fiona graduated from the University of Leeds in 1990 with an Honours degree in Agricultural Zoology. After a period working with all thing parasitic for a pharmaceutical company near London she spent 13 years employed as product manager for a well know veterinary equipment supplier, where she advised on technical and clinical applications for their products. Married to David and living with the family and assorted pets in the north of England, she now provides logistic and administrative support to SCL.